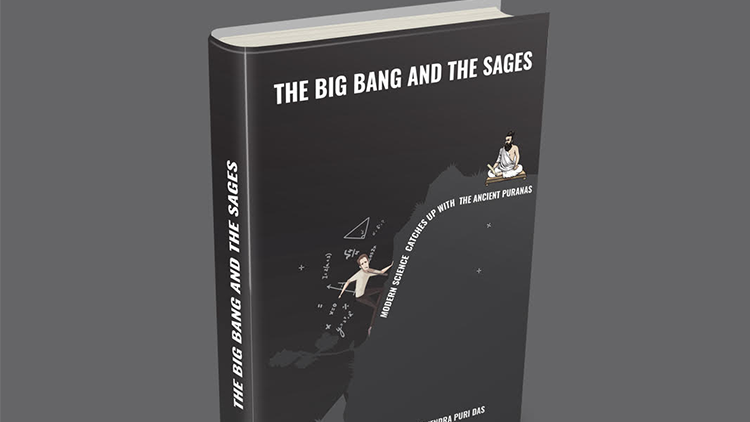 Srila Prabhupada frequently asserted that the Puranic accounts are historical facts, although labeled mythology by modern man. In their book, the authors use rigorous scientific evidence to support Srila Prabhupada’s words.

The Big Bang and The Sages covers a research into the Puranic chronological cycles. Europeans became aware of billion and million year-long periods in the Puranas in the 17th century. They laughed at them due to their biblical orientation and ridiculed billion-year dates for the origin of the Earth, the Solar System, and the Universe. As a result of this bias, the Puranic chronology never received a comprehensive look. Carl Sagan famously, on his show in the ’80s, appreciated the estimates of Indian sages. However, even he wasn’t aware of the accuracy of the ancient Indian thinkers. In the last few years, modern science has reached such maturity that it shows a stunning agreement with the Puranic histories.

According to the Puranas, Brahma created the Sun at the end of his night 4.563 billion years ago. Modern astrophysics state 4.567 billion years. The Puranas state biggest mass extinction, a.k.a pralaya, was 251.3 million years ago. Paleontologists state 251.9 million years ago. The Puranic sages talk about the origin of the Universe 13.819 billion years ago, which differs from cosmologists’ date for Big Bang/Big Bounce by 0.1%. These three dates are the tip of the iceberg, which we have discovered in our comprehensive study of the Puranic narrative. I am a computer scientist, and my friend a Puranic aficionado for 40 years. We have come together to weave this bridge between ancient Puranas and modern science. We show that Puranas have so much to offer to modern science, specifically in ecology preservation and self-realization.